By Rachel Pitman on Tue 25 November 2014 in Placement Blog

When the placement team first sat down to start our telemarketing efforts for the event, we were all so nervous and no one wanted to take the wheel first, but from Jack’s first booking we turned it into ProspectSoft’s biggest ever event.

As our telemarketing talents took off, not only did we exceed our own expectations, but everybody else’s: booking targets came and went, and after three sets of confirmation calling we exceeded our targets by a massive 221%, surpassing the previous record by over 65 attendees.

But we didn’t get to the top of the leader board overnight – the preparation lasted well over three months and it was a joint effort across all departments to make sure that the event was a success. The mass rebranding of the company came hand in hand with us starting our placement year, which meant redesigning all of our promotional material to ensure they were extra stylish for the event. This involved liaising with suppliers and organising the design and delivery of new banners, polo shirts and corporate documents.

The first fork in the road came when the marketing girls had to decide what to include in the care packs. After conducting some market research based on our stereotypical customer persona, Jess and Rachel found that having a lower amount of products but of a higher quality in their care packs would be preferable. This presented us with a challenge, since for previous events this had not been the case so the girls had to make the executive decision to go against the grain and change direction. 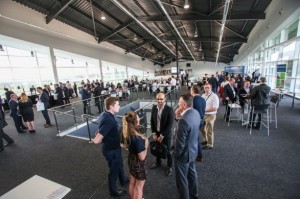 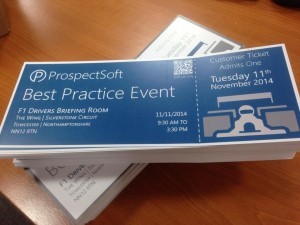 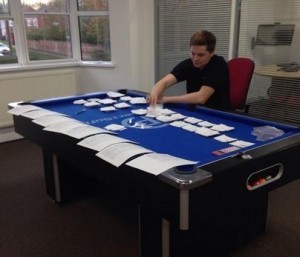 Together as a team we decided we wanted to make the event as personable as possible, so we implemented a rapport building process. This involved setting up a dedicated LinkedIn page for our Silverstone event – after calling our confirmed attendees, we individually connected with them sending them a personal follow up and adding them to the LinkedIn group. This was great for both us and the attendees to communicate via social media, as all 56 group members could see any updates associated with the event. We also engaged with customers on Twitter using the hashtag #PSSilv14, and had several companies tweet us to let us know how excited they were about the event!

This personal touch was reflected throughout the entire process, even down to the confirming of attendees. This year, not only did we send out eTickets but we also sent out a confirmation pack that included QR coded physical tickets, directions to the venue and a personalised letter to the attendee. Admittedly, this didn’t make us the most popular people in the company since the ProspectSoft pool table became our workshop so we had no choice but to wave the red flag and make it off limits. 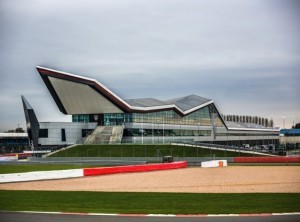 It all sounds like it went swimmingly, right? But as the finish line drew closer, there were certainly a few unexpected bumps in the road. Our record number of bookings meant that our original room for the event was not large enough to cater for the now expected number of attendees. Therefore, Rachel had to take a day trip up to Silverstone to reassess the situation and find a more suitable room – she also got a few cheeky pictures with some famous faces along the way.

The Friday before the event can only be described as a scene from Fast and Furious. Our printer conveniently decided to breakdown, and at one point in the day started firing out staples at poor Rachel, had a paper disaster with Jess while Thea and Jack spent most of the afternoon running up and down the stairs to make sure it was behaving. But together as a team our commitment to the event meant that we pulled together to make sure that by the day before the event the atmosphere was surprisingly calm in our office. 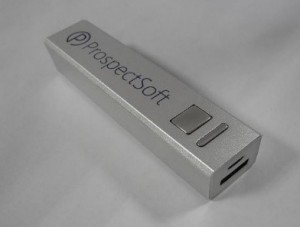 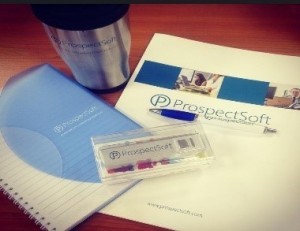 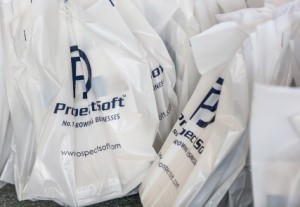 When we first started our placement, the Silverstone Event seemed like such a long way off, so when the day finally arrived we were all so excited to see our plans come together. We were all responsible for setting up the event, putting together our brand new care packs and banners to add the finishing touches to the spectacular venue. As the guests piled in, Jess and Rachel were responsible for meeting and greeting at the registration desk while it was Thea and Jack’s job to avoid the awkward weather chat and get attendees excited for the day ahead. Rachel and Fiona also focused on making sure we were one step ahead of the game with our targeted email marketing campaign.

As a result of everyone’s efforts, the day ran as smoothly as we could have hoped. It was great to put names to faces with all of the customers and the buzzy atmosphere throughout the day meant that we didn’t need coffee to keep us going (makes a change in the Sales and Marketing department!) 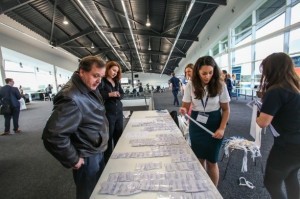 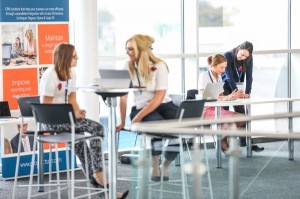 At the end of the day, we were all responsible for getting feedback from the attendees via questionnaires and it certainly made all the hard work worthwhile when people personally commented on how impressed they were by the overall running of the event.

As we crossed the finish line, we’d all worked up such an appetite that the ProspectSoft team must have polished off at least 50 cookies between us. After saying goodbye to our guests, all that was left to do was go out for a celebratory drink. We’re so proud of everything we achieved, but we couldn’t have done it without the support of the rest of our department!